Like many young men, Christian von Koenigsegg dreamed about creating the perfect sports car. The difference between Christian and others is that at the age of 22 he turned the dream into reality. With momentous determination, stubbornness and vision, he pushed the limits of both technology and innovation to create the Supercar of his dreams – the Koenigsegg CC. A machine that exuded performance and ingenuity. The Koenigsegg CC became the manifestation of Christian’s dream and gave him the courage to continue his life long ambition.

In 2003, the Koenigsegg company moved to its present location and headquarters in Ängelholm, Sweden. The building had previously been home to the Swedish Air Force and once housed JAS 39 Gripen fighter jets. 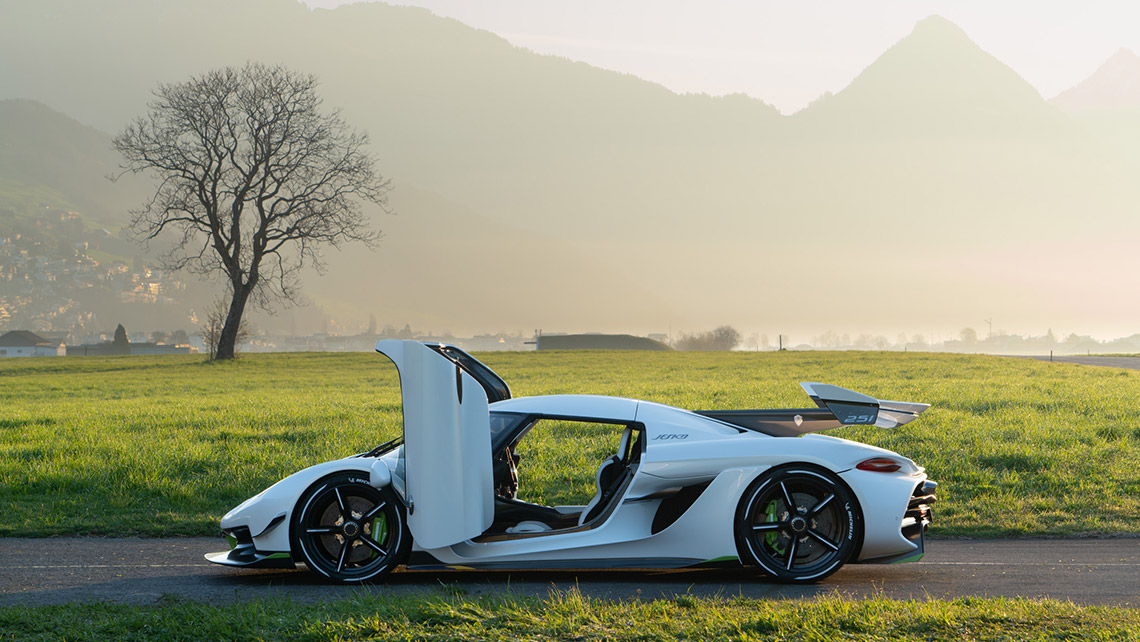 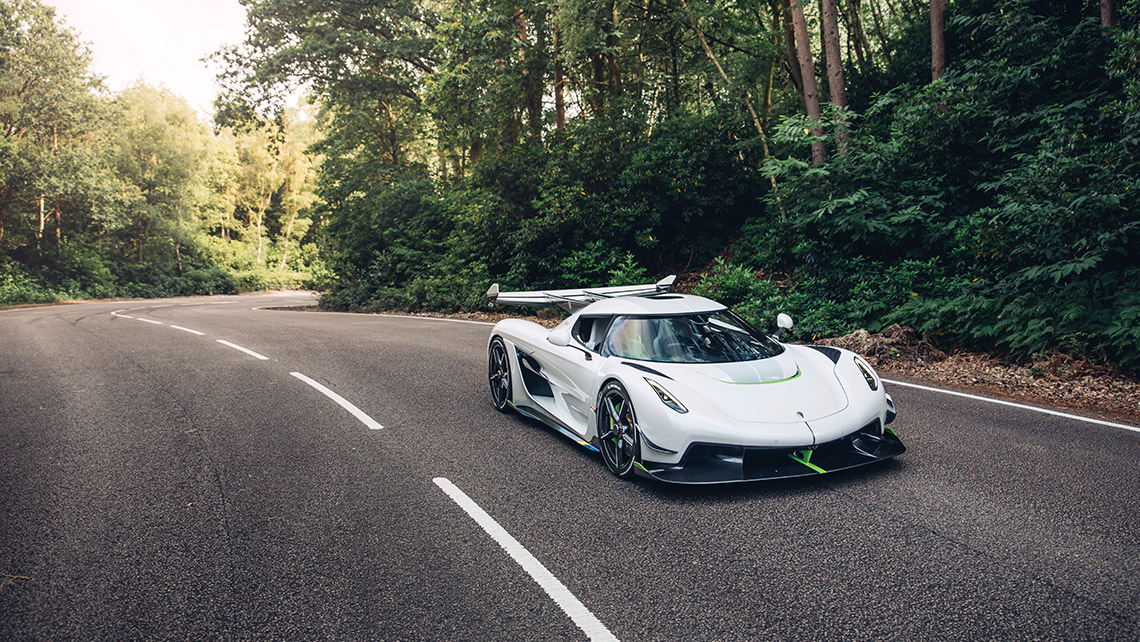 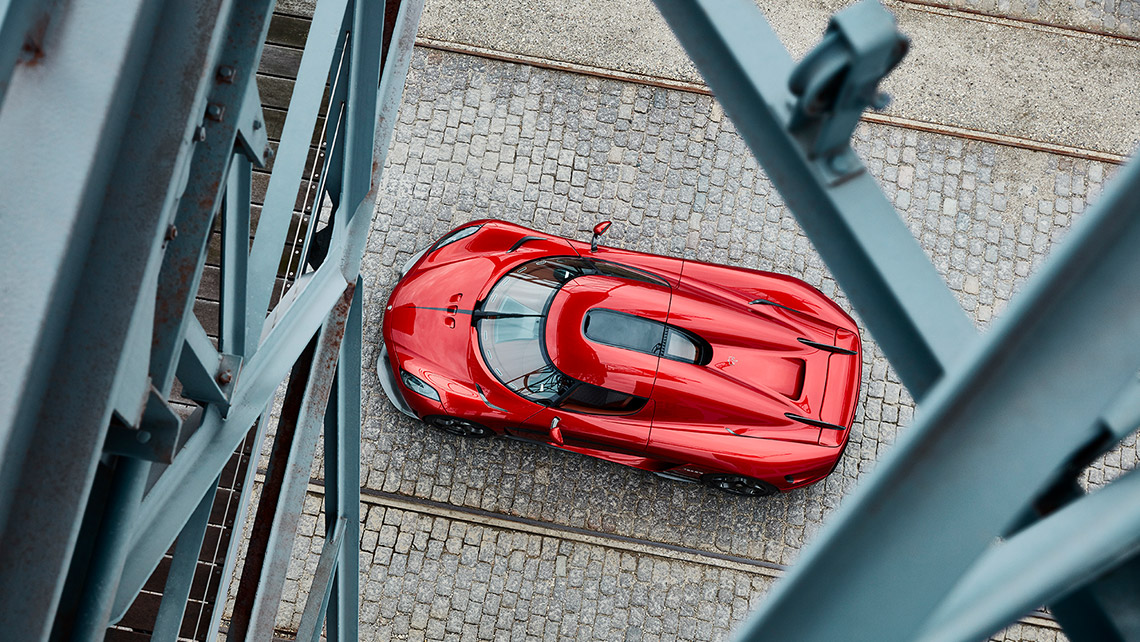 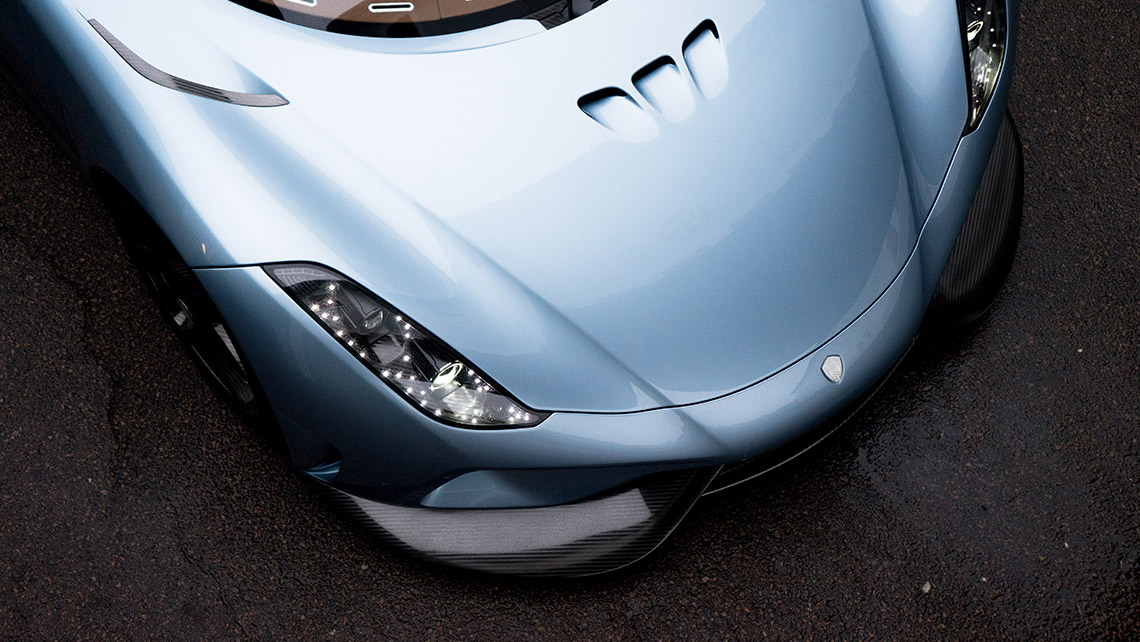 Now rebuilt to the needs of Koenigsegg, these facilities provide the perfect infrastructure for building high-tech Hypercars. There is ample room for the composite workshop as well as engine development and testing, a pre and final assembly hall, a paint shop, an R&D department and storage. Right outside is Koenigsegg’s own test-track. It used to be the airfield for the fighter jets. The airfield also often hosts Koenigsegg’s customers, who can fly in with private jets and do test drives on the airfield.

It is here, in this state-of-the-art facility in southern Sweden, that Koenigsegg gives birth to a handful, made to order, Hypercars every year.

Fighter Jet Squadron No. 1 of the Swedish Air Force was based at the present Koenigsegg HQ before being retired from service. The squadron’s insignia, a flying ghost, now adorns the engine bay of the Koenigsegg, as a tribute to Squadron.

Thanks to Christian’s unique drive and vision, both his cars and company move at record speed. In a short time Christian and his team became experts in their field and really challenged the establishment. As early as 2004 the Koenigsegg CC8S became the favourite Supercar of the most famous car critic in the world, Mr. Top Gear himself Jeremy Clarkson. In 2005, The Koenigsegg CCR became the fastest production car in the world, beating the nine year old Guinness World Record of the McLaren F1. In 2006, the Koenigsegg CCX took the Top Gear lap record. A record that lasted over two years.

For a Koenigsegg of the past, the present or future SuperVettura would be delighted to help. Along with our passion for modern hypercars, we also specialise in supercars and unique sports cars rarely seen!