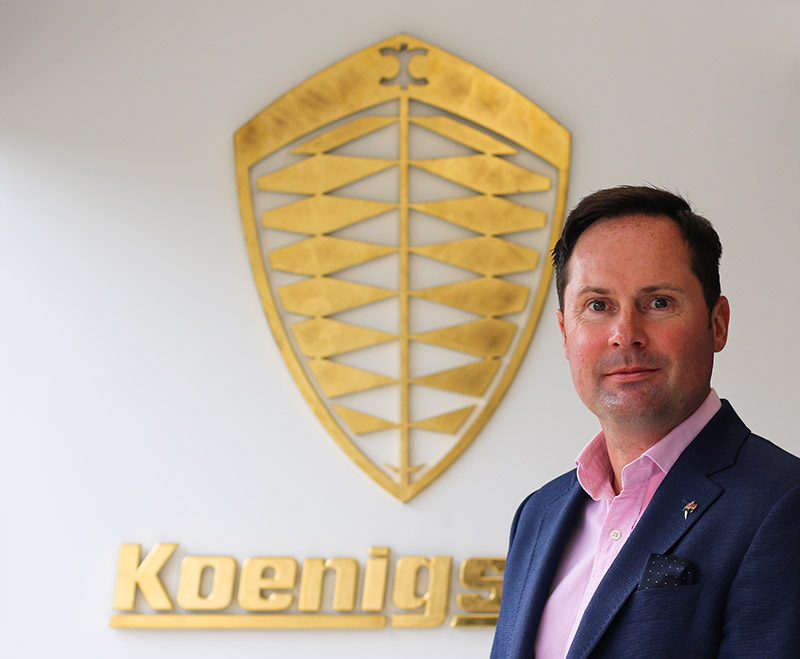 Louis' obsession with cars started from a young age and in 1995 he started with a venerable family firm in the South West which was to be the start of his journey and professional career into the world of motor cars. Louis proceeded to work in fast upscale environments, assuring client delights with supercars and superbikes. Passionate about both two and four wheels, modern and classic, Louis has enjoyed representing brands such as Lotus, Ducati, BMW, Mini, Porsche, Maserati and Ferrari. His personal highlight was receiving ‘Global Top Marketer’ for Ferrari at a ceremony held in Daytona, USA. This award was an honour and pleasure for Louis and he was earnestly grateful for the recognition from Ferrari. Then followed a company, using his own namesake, which specialised in modern super and hypercars, providing the foundations for the specialist arena that he is in today.

Another of Louis’ passions is meeting people and building continued relationships. To Louis the people he meets are key to him and over the years he has gained a reputation built on loyalty and an all-round customer-centric approach. When you meet Louis, you will note his natural ability to promote positivity, which is a helpful character trait, as he has learnt that no single approach is the right one for everyone. So, you can be assured of a personal touch that comes from natural enthusiasm and a genuine interest.

Louis recalls the exact date, 7th March 2015, when he first met Christian von Koenigsegg and was taken in by his passion and drive for both cars and people, so much so that Louis knew he wanted to be part of the Koenigsegg evolutionary journey. The move to SuperVettura was a natural fit and this is where you will find Louis doing what he loves to do best!